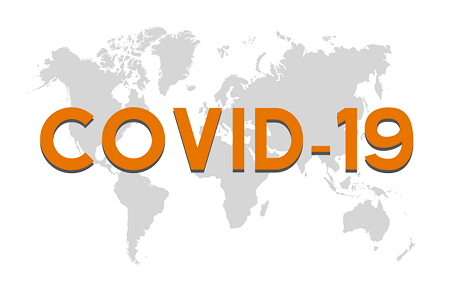 This evening the Garland City Council met to discuss the COVID-19 pandemic and consider what actions we should (or should not) take in response.

We heard presentations from a number of departments including health, police, fire, courts, parks, and libraries.

The council deliberated at length and held votes on whether to close seven different public service offerings for a period of 30 days:

While this is the first time we’ve looked at the issue formally, it’s not the final consideration. The council indicated that it remains open to adjusting our service levels as the situation dictates.

Let me start by stressing that I am not a medical professional. It is a struggle even for the well-informed and highly specialized to get this one right. What I’ve written below are the facts as I know and understand them. I’ll lay out the reasons for my series of votes this evening so that you can understand what information is driving my position.

If we close things down too soon, we risk depriving the community of taxpayer-funded services, both recreational and supportive. We close too late, and there’s no point in closing at all because the damage is done. I’ve opted to be a little aggressive here in closures, for a few different reasons.

A Tale of Two Cities

The Spanish flu broke out near the end of World War 1, affecting both Philadelphia and St Louis. Philadelphia had a big parade that they didn’t cancel. St Louis starting socially distancing their population by shutting down public events. While this obviously isn’t the only factor that played into infection and death rates over the next few months after that 200k person+ parade, the death rate looked like this: The graph tells us a few things. Roughly the same number of people died. After all, it was 1918 and medicine wasn’t great. But the spike in Philly’s numbers represented a complete overwhelming of their medical system. They even reportedly ran out of caskets.

The CDC is now recommending that we “flatten the curve” more towards the St Louis style. And they have a very good reason for this.

COVID-19 is a SARS-style of virus that attacks the respiratory system. Put simply, it makes it hard to breathe. Since there is no vaccine or treatment, we can do what is called ‘supportive care’. Right now, that means putting people on ventilators. We have a limited number of those in existence. So to make sure that we have enough to go around, we need fewer sick people at any given time. If we ‘flatten the curve’, it means fewer people are sick at the same time. And with enough supportive care, the overall death toll can be cut down. In this case, the longer we drag this out, the more likely it is that we survive it.

Our tools are fairly limited. We have the ability to close public facilities, and should things really go south we can even declare quarantine areas. My approach to this has been to pursue closure of leisure-related facilities to help minimize ‘community spread’ and increase ‘social distance’. I voted to close each of the facilities listed above with the exception of the libraries and the courts.

I need to stress to everyone that reads this, that I have never seen a virus with a party affiliation. This is not a partisan political issue. It’s a very, very simple issue to me: trading government-supplied leisure to help slow the spread of a pandemic. We were not voting to impose restrictions on any private individual’s liberty, their freedom to travel, or their freedom to assemble in non-city owned spaces (nor was that even up for consideration). We debated temporarily shuttering a few buildings so that we don’t become a focal point for the problem.

Ultimately, tonight the majority of the council opted to take a slower approach to many of the possible closures. There’s a strong question of risk/reward here, and I personally believe that every member of the council worked hard to define where that line was and make the right call based on the information we had at the time. As always, they have my gratitude and my respect.

The council is going to meet regularly over the next few weeks and months, and this issue will be discussed many times over. We’ll constantly adjust our city’s posture as we get better information.