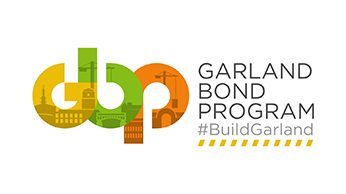 On Thursday Jan 24th, 2019 the City Council completed its third round of deliberations on the content of the 2019 Bond Program. We left that meeting with three important takeaways:

This pricing structure has been built with every conceivable worst-case scenario in mind. Every project has contingencies. We’ve assumed that construction costs continue to skyrocket faster than normal inflation (we’re still under the hurricane Harvey effect locally with too many construction projects and too few people). We’ve included over $39M of these soft costs into the final total so that the taxpayers will not be asked to come up with even more money later on. The upside to this approach is that we’re being as truthful as we can by giving you everything we can predict up front. The downside is that there’s inevitable sticker shock at some of the pricing.

There’s another downside, and this one is more subtle. Later on I’ll get into how a bond election forces us to raise the overall debt capacity of the city. With a bigger spending limit, if we over-price these projects and they come in under budget future councils can use that left-over debt capacity to pursue other projects that do not have to be approved by the voters. It would be similar to getting a credit card with the expectation of it having the credit line of the amount you are planning to spend. You give the credit card to your council to use to buy the item, but the item then comes in at half the cost. The council then has the legal ability to go and spend the remaining open balance on anything it wants. I can say that this council spent a lot of our time asking very hard questions about the pricing of each project and forcing our consultants and staff to justify the price points on all projects. Engineering produced project sheets on the vast majority of their items and we spent quite a bit of time on-camera haggling over numbers.

It is my sincere belief that both the bond committee and this council worked as hard as possible to ensure that the pricing is as accurate as possible, with correct industry-standard contingencies and inflation projections built in. That being said, none of us can predict the future. We did the best we could.

Right now, we have 8 proposed buckets (which would be ballot items):
Downloadable PDF Version

The buckets will need approval of our bond counsel and likely from the state Attorney General’s office. Yes, it’s a pretty strict, structured process. We’ll need to agree on the ballot language for each of the propositions AND it must pass legal muster.

Regarding the ballot language, I’m looking for wording that is specific enough to lock the city into the general spirit of the approval, but not so specific that it leaves us in a bad position if conditions on the ground change. For instance, in the streets bucket I wouldn’t say that we will spend $32.6M to rebuild Naaman School Road, because the county may share in the cost. If the street rebuild caused drainage/flooding issues on a neighboring side street and we had saved money on the project, I’d like to be able to divert the remainder of that money to fixing the problem that we created. Too strict of wording is bad, but so is too vague. I don’t want to write future city councils a blank check to be used as they like. We’re politicians, and politics can be fickle. Don’t give us too much unchecked freedom with your tax dollars.

So how do we pay for buckets of projects? Your taxes go up. Pure and simple. Any bond total over about $100M means that we are increasing your taxes. You are voting for your taxes to go up. Let me state that one more time. If you approve bond items totaling over $100M, you are telling me to increase your taxes. I will vote to pay for the bond election while incurring as little interest expense as possible. I don’t want to increase your taxes. Taxes make my bank account sad. But if you vote to pass these bond items, then taxes are the instrument that I must use to fund them. For those that have followed me for the past two years, I’ve worked to lower your taxes. This is the opposite of that. Hopefully we’re clear on my position.

Now that I’ve said my piece on taxes, I know that we’re all responsible adults here and we have some hard decisions to make. There are items that legitimately need to be built, and since we don’t have the cash and some projects can’t wait until we do, we look to the voters to approve debt. (e.g. The Police evidence room).

Our city taxes are split into two parts- Operations & Maintenance (that’s the ongoing operating expense of running the city plus normal maintenance, and Debt Service (that’s the debt we owe for large projects that we can’t afford to pay cash for).

If the voters pass a $100M bond amount, then we would do projects over the next 7 years that cost money each year. We have enough room in the city’s debt capacity that we could absorb those projects without a tax increase. Basically, we could have a very small bond without increasing our credit limit. As existing debt falls off, we add new debt and fund those projects.

“But Robert, the streets package alone is $122.2M!” Yes, and Naaman School Road alone is $32.6M. Toss in an animal shelter and a police evidence room (my big 3 items) and we’re already at $62.6M. Now let’s assume that every district has a Naaman School Road-level project that has critical need. 32.6M x 8 districts + the shelter and the evidence room puts us at $290M. But wait. We haven’t had a bond in 15 years. So if you want any additional capital expenses such as Libraries or Parks from this century, that’ll be extra. If you are a bit stunned at this point, I’ll share that I’ve been through the same mental roller coaster ride over the past 6 months. It wasn’t a pleasant experience for me either.

If you decide that you want these additional investments, we take away the $100M that we can already manage with our current debt capacity and we add another $325M on top of that. We’ll need to raise taxes to cover that additional debt capacity. There are three ways to do that:

1) Gradual– This is a very slow increase in tax rates, but it costs the most money long-term. Similar to a 30 year mortgage, approval of the full bond package would have us paying an estimated $50M in additional interest over the life of the bond. Projects would be implemented over 10 years instead of 7.

2) Down Payment – This is a hybrid of the Gradual and Immediate methods. We’d end up paying $25M in additional interest. Full implementation of the program would likely take 8-10 years.

3) Immediate– We do an immediate tax increase and pay $0M in additional interest (we aren’t interest free of course). Full implementation of the program would likely take 7 years.

And here’s how much each would cost us in tax increases if the full bond amount is approved:

A gradual implementation is great if you are a politician looking to get re-elected without raising taxes but still quietly increasing our debt substantially. The trade-off for that is that we spend another $50M of your money. Don’t fall for that. We’ll do our part and raise the money for the projects you ask us to fund. Raising taxes looks terrible on a campaign flyer. Not raising them looks worse on a balance sheet. No politician’s reputation is worth more than Garland’s financial position.

The down payment model is compelling. It gets us started with a good burst of income along with a small immediate tax increase. But it still costs us $25M more than it should, and pushes some of the debt further out. It kicks the can down the road far enough that the council in 2035 has to clean up our financial commitments.

Philosophically speaking, I believe in paying for the items that I take and not penalizing the next generation of residents for my spending decisions. I would rather see us save the $50M in interest payments and pay as much of this up-front as we can.

Should one or more items be approved by the voters, it is my intent to pursue the Immediate/10 year implementation. Why not 7? Based on the sheer number and scale of projects that are on the list, I think that a 10 year implementation is much more realistic. With parks alone, we’re looking at a full rebuild of Holford, finishing Hollabaugh, renovating Audubon, and doing major repairs to our senior center, even while finishing the work over at Granger. I can’t see that we would take multiple rec centers offline all at the same time. There’s more than 7 years of work just in parks.

I had considered writing this as a post that explained each and every one of the ballot items. Based on the public involvement that we’ve had since day 1, I don’t believe that is what is needed here (although rest assured I will still do that post between now and the election). You have come to me and said that you want to live in a place that has functional, decent roads. You’ve sent me your flood photos and begged for congestion relief along the Naaman corridor. You have reached out to me on shelter issues, and you’ve told me that you want the city to be more active in revitalizing neighborhoods and fixing the places that you call ghettos. As the taxpayer, you’ve told me what you want. In response, we’ve spent tens of thousands of man hours researching, pricing, debating, and strategizing, and we’ve put this list together for you to vote on. It’s now back in your hands.

You’ve seen the list of projects. You know the price tag. You know that our city is at a tipping point, but you know that taxes can only consume so much of your income. What direction do you want to go? Are there project buckets that are important to you? Are they all important? Are none? What do you want your city to focus on for the next 7-10 years?

I encourage each one of you to make your voice heard and vote in the May 4th municipal election. As always, I’m here to support you and represent your needs. Let me know how I can help.
-RJS