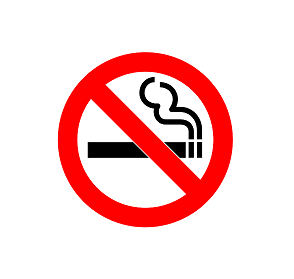 The Garland City Council chose this evening by a vote of 6-3 (Nickerson, Smith, Athas in opposition) to strengthen its no smoking ordinances. The full and final text of that ordinance will be published in the coming days, as we did have amendments from the dais. The short version is that smoking will no longer be allowed in restaurants. Private clubs are grandfathered in under the new rules.

I opposed this change largely due to my belief in private property rights, and the rights of consenting adults to make decisions about their health and the type of environment they want to be in. My remarks from the discussion prior to the final vote are below:

The proposed smoking ordinances include a number of exemptions.

So far they exempt:

Cars: except for those that aren’t fully enclosed, so if you drive a convertible or open top vehicle, then you’re out of luck. You also can’t smoke if you park in a parking garage where there’s a concentration of exhaust fumes anyways.

You can smoke in Bingo Halls – because obviously if you work or play in a Bingo parlor you aren’t susceptible to cancer, so let’s strike that.

Private clubs that may or may not be 501c3s – somehow it’s different being around smokers if the organization doesn’t make any money. I don’t see that as being inherently healthier. Some are proposing that veterans of foreign wars can risk their lives defending our country, but cigars are a no-no.

You can smoke on golf courses – which are no different than any other outdoor, public area. But somehow those are okay too. Especially when the city owns the main golf course, right?

Council, when we make an argument for public health, but then we add in provisions for special interests based solely on economic reasons, then we’re creating different classes of citizens. We’re saying that it’s okay to smoke if you belong to this club, but under others you can’t. These are the types of special interest carve-outs that tend to infuriate the public. It means that this club, that bar, or our public golf course doesn’t have to follow the rules for economic, not health reasons.

It would seem right now that I’m making an argument for a total, comprehensive ban on smoking. No. What I’m doing is arguing against a loss of freedom for the private sector to make these decisions on their own. If we incrementally ban smoking, we play King and decide who gets special privileges along the way. If we fully ban it now, then it’s yet another right that we’ve taken away from private sector.

The argument’s been made that we should ban smoking in the name of employee health, but what a slippery slope that is:
• 15% of the population is allergic to cats and dogs. 30% of people with asthma are allergic as well. Should companion pets be banned in public for health reasons?
• Should heavy perfumes and colognes be banned as well? They set off my allergies.
• Fluorescent lighting gives me headaches. Should I apply for a job where that type of lighting exists and then petition this council to ban it in the name of my health?

The answer to all of those things is ‘no’.

If I walk into a smoking establishment, then with that comes the expectation of being around cigarette smoke whether or not I’m an employee or a patron. And it’s a choice that I as an adult can make on my own. It isn’t something that this council should dictate to our residents, and now speaking as a private citizen it’s not a decision that should be taken away from me.

To sum up: I don’t want special interests to receive special treatment. I don’t want to see people lose their rights as consenting adults. I intend to vote against changes to the smoking ordinances that affect the private sector, and I would urge the rest of you to do the same.

This is a difficult issue. From the perspective of public health, this is a win for health and safety. All of us can agree on the fact that less smoke in our lungs is a good thing. But my concern is the incremental stripping away of rights of individuals.

I appreciate the large number of constituents that made an effort to attend all of our public hearings and work sessions. Your testimony was well-received by many members of the council, and we appreciate you giving up your evenings to come talk with us.

The new ordinance will become law within the next 30-45 days.

Article by The Garland Texan: http://thegarlandtexan.com/garland-adopts-stricter-smoking-ordinance/