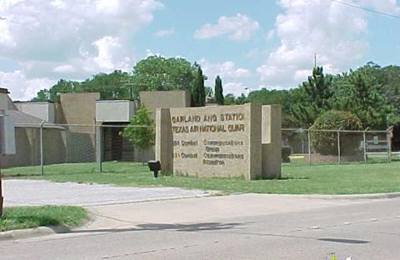 Since my election I’ve worked hard to keep the politics largely out of this site and give you all the facts that I can. My goal has always been to leave you better informed, give you insights into the decision-making process from a number of points of view, and then explain why I voted the way that I did. The process of blogging is also a bit cathartic; it helps me move past the politics and improve my decision-making. I’m going to attempt to explain what has happened this week in a way that makes sense, but I don’t believe that it is fully possible to avoid the political dimension here. There is also no way that I can cover every point of view in this article. Watching the full videos from both the Monday and Tuesday night meetings will be helpful in getting the full picture.

I’ve taken video clips from the full council meeting and posted them here. The full video can be viewed at http://garlandtx.swagit.com/city-council .

If you haven’t read the back story on this vote, I would encourage you to start with my previous post located here

The city owns a set of three buildings at Central Park that previously belonged to the national guard. There is one large building to the north and two smaller ones to the south. These buildings were built on park land that was leased to the state for a considerable amount of time. Two weeks ago, the council voted 6-3 (Athas, Nickerson, Smith in opposition) to place a dog park at the “ball field 1” location and the skate park in place of the northern armory building. We received the quote to demolish the northern armory building since then, and last night was the vote to approve/deny that contract. For those in favor of the Makerspace from two weeks ago, this was the last chance to stop the demolition of the armory. For those not in favor of a skate park or dog park, this was another opportunity to voice their displeasure. Had the demolition contract been denied, then there would have been a reprieve and potentially a reconsideration of the park placement.

There were a number of citizen groups testifying on this issue, each with a unique perspective.
– One neighborhood group had a petition to stop the process and reconsider the dog/skate parks
– One neighborhood group had a petition to implement the dog/skate parks
– Several neighbors spoke both for and against both parks, with opposition heavily outweighing supporters
– Members of the Makerspace non-profit in opposition to the tear down
– A few members of the skateboarding community spoke in support of skate parks in general, but not to this specific location

There was roughly 2 1/2 hours of testimony.

I cast my vote based on the following criteria:
* Neighborhood testimony. (District 2)
* Feedback from my district. (District 8)
* Cost of demolition and chance of budget overrun.

I kept my questions short and targeted in a few areas related to various costs.

Here is that video clip:

From that conversation, I determined that we were going to have to take out the foundation as well. This tells us that we’ll see a $46k bill for the initial building demo, and then very likely another $74k in foundation removal costs that will come out of the skate park project budget. The targeted amount for that project is $970k, so we may see a slight reduction in planned amenities to offset the extra cost. City staff is already targeting a total amount that is under the original approved budget in order to prevent cost overruns, so that extra cost might be absorbed.

2) We’ve heard the $7 million armory renovation price tag thrown around quite a bit. What were the real costs of renovation? What were the differences between those costs?

3) Because we were in the deliberation phase and the motion had been made, I voiced my concerns to the council that we were utterly failing to listen to the large number of citizens that took time to weigh in on the issue.

Here is the video clip for questions 2 and 3:

Here was the final vote:

And here was the aftermath:

The demolition was approved, and staff will move forward with stakeholders in approving various components of the design.

The body that I am a member of approved something that I voted against. My side lost after long deliberation and effort on the part of all members of the body. Now it is my job to continue to try and mitigate the concerns that the public expressed while respecting the decision of the body.

I will work with staff, council and stakeholders to try and address noise, drainage, park cleanliness, sound and sight buffers, and park programming in a way that lets our residents know that their voices are still heard. I will do everything I can to make the absolute best of this project, and I sincerely hope that we bring a strong, successful pair of amenities to Central Park that the neighbors can be proud of.

My role on council is equally clear. I’m a member of the Administrative Services sub-committee, which has a hand in setting council policy. I believe that in this case we failed to follow a common sense model of public hearings prior to location decisions being made by council. I’ll now work to create a written set of guidelines for this and future councils to rely on so that we don’t make the same mistakes in the future. I will also work to support the Mayor Pro Tem in his efforts to run the council smoothly during whatever period of time we are without a sitting Mayor.

Every challenge is an opportunity for improvement. It is my hope that despite the politics of the moment that this council and future councils will continue to work toward self-improvement and a stronger relationship with our community. I hope to be a part of that improvement, and as always I thank you for your feedback and your support.