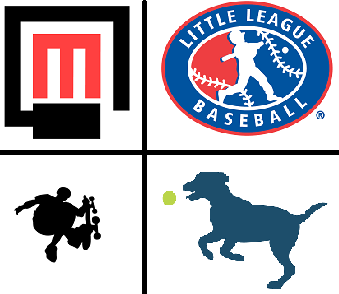 For those that joined us for the council meeting(s) last night, it was a long one. We had a series of issues to resolve all at the same time. This post is my attempt to assemble all of the important events and facts and wrap them up into an understandable package.

There are a few projects in flight right now:
Dog Park  – Approved a number of years ago and funded with CIP money.
Skate Park  – Approved in the 2004 bond election. (Yes, 13+ years ago).
Makerspace  – A more recent project, which first appeared in the July edition of the city press. A makers group would be a 501c3 that would contract with the city, should the location be on public land.

Council and staff have worked over the past few months to get the dog and skate park projects back on track. On September 4th, Parks Department presented a proposal for use of Central Park that included removal of the large armory building on the east side of the park, and demolition of field #1 at the north end of the park to make room for the dog park. Council approved the plan to bring in a consultant to perform the engineering study and design of the attraction boundaries.

Side note: At this point, I was unaware that approval of the engineering study was also an approval to move forward with the main building demolition. My comments during the work session reflected that point of view. However, the type of study required to successfully build the park required removal of the structure according to staff. This was a point of discussion during last night’s meeting, where I learned more about the demolition requirement. It was not my intent at the September 4th meeting to approve demolition. However, the majority of council did approve it, and it had been slated to move forward. My objection to the demolition would have been in the minority opinion either way, and it is more of a historical footnote here.

The week prior to that meeting, the Makerspace group looked at the armory as a possible home. Until the end of the meeting on the 4th, the council was unaware of the Makers’ desire for the armory, and the Makers were unaware of the Council’s scheduled discussion to use the space for a skate park.

As you can imagine, at that point some amount of confusion kicked in along with a flurry of discussion.

The Makers group saw the armory location as a perfect fit for their group’s activities, but the majority of the council had already committed to finally moving forward toward completion of the dog and skate parks that had been debated and passed between deliberative and advisory bodies for so long.

October 2nd had a combined work session and general council meeting due to the ‘National Night Out’ event on October 3rd. Council had its work session begin at 5:30, recess at 6:45, and then begin again after the normal council meeting took place. The normal council meeting ran from 7pm until around 10:30pm. The work session concluded after midnight, and then council had a 30 minutes executive session. Total meeting time, roughly 7 hours. The meeting can be viewed at http://garlandtx.swagit.com/city-council . Additional note- there have been reports of issues with the recording of last night’s meeting. We were having equipment issues throughout the night, and I hope that we’ll see everything resolved soon. There is still an official record of the meeting that is accessible to citizens in the meantime.

Based on the timeline that Council had set in motion on September 4th, the Maker group rushed to get a presentation put together about their group and possible use of the armory before the consultant’s contract was due to be approved during the regular meeting on Oct 2. They presented to council during our work session on the 2nd, answered general questions about Makerspaces and addressed specific concerns about compatible land use, which I’ll detail out further down in this post.

Unfortunately based on the timing of meetings, the Makerspace group was unable to finish the Q&A portion of their presentation prior to the start of the general meeting, but I believe that council had enough information to go on to get things moving. The first item for consideration during the meeting was the public hearing for the competing uses of the armory and ball field spaces. We heard several hours of testimony from various groups, including residents of the adjoining neighborhood, a little league group that used ball field #1 (slated for demolition for a dog park) and many members of the Maker group. The public hearing was closed, and then followed by the contract consideration for the design/engineering study.

Because the study required demolition of the building, several council members including myself clarified and reiterated that approval of the contract meant that destruction of the ball field and northern-most large armory building would take place. Rejecting the contract would have meant more time for additional consideration and negotiation, but also would not have determined the ultimate end use of the property.

After much discussion and debate, the final vote was 6-3, Mayor Athas/Nickerson (District 3)/Smith (District 8) dissenting.

While we can be caught up in the political factors surrounding this issue, I think that the policy aspects are much more important. I believe that every council member that spoke and voted on the issue was able to articulate their policy-based reasons for their vote. I’ll try my best to recap some of the positions that were taken, but this list is by no means exhaustive and I would not attempt to speak for other council members.

Votes For Demolition (Majority, Prevailing Side)

If you go back and watch the meeting, you can probably argue every single one of these points from both sides. I know that throughout the night I argued many of those points both ways in my head. For instance, the Makerspace has both industrial and community center uses. People incubate their businesses in the facility, while classes are being held next door teaching people how to sew or 3D print. While a Makerspace does do more with power tools, open flames, etc, they have a strong safety record. However, the presence of the equipment introduces new types of risk where those risks were not present before. It is both industrial and community. And it has the pros and cons of both.

For me, the decision to support the Makerspace use of the armory building came down to a small list of reasons.

So I voted against the contract in the hopes that we could work to move the proposed dog and skate park to a different part of the park. (I also had thoughts on a different park entirely for the skate park, but that’s another post for another day).

Now with that said, the idea of a Makerspace isn’t dead. It will definitely be harder to bring one into Garland, but we have (according to a  council member that did the research) 84 vacant industrial properties that could also house the space. If I know the members of the Makerspace committee, this temporary setback will not keep them down.

As of this post, the dog and skate parks will proceed as planned at Central Park. Ball field #1 will be torn down, as will the large building at the armory. Between the original design contract and last night’s vote, it has been made crystal clear that the Makerspace will not be able to go in at Central Park. The future of the two smaller armory buildings is still uncertain, but there will likely be a move to go ahead and remove them as part of the demolition of the large northern building for cost savings.

There is interest in possibly finding money to offset the loss of the ball field for the little league by installing a pitching or batting cage at the park. This is still in the concept phase however and has not been formally proposed to the council.

In conclusion, I want to take a moment to commend the citizens for showing up in strong numbers to speak about the issue. There was a level of passion displayed for the city, the neighborhood and programs that I only get to see once in awhile. It is refreshing, re-energizing and it makes me proud to serve the citizens of Garland.