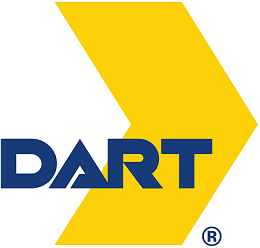 DART is raising its rates.

DART has a price increase of approximately 17% every 5 years. Money usually doubles roughly every 30 years based on inflation. To keep pace with inflation, DART raises its rates. The math: Adding 17% every 5 years over 30 years equals an 85% increase. This lags slightly behind inflation, so it isn’t an unreasonable or arbitrary amount on the surface.

Now that doesn’t mean we shouldn’t continue to be vigilant for waste, fraud, and unnecessary programs. There has been enough unexplained and ‘lost’ money over the years that we should demand better accountability. The public notice from DART is below:

On Tuesday, June 27, Dallas Area Rapid Transit (DART) will hold a public hearing to present a proposal to amend the DART fare structure. Public input at this hearing is encouraged and welcomed. Based on the outcome of the hearing, and in accordance with our 20-year Financial Plan, the amended fare structure would go into effect November 2017, January 2018, and August 2018.

In advance of the public hearing, there will be a series of pre-Public Hearing community meetings. Please visit http://www.DART.org/FareRestructure to view the Proposed Fare Restructure and all meeting dates and times.