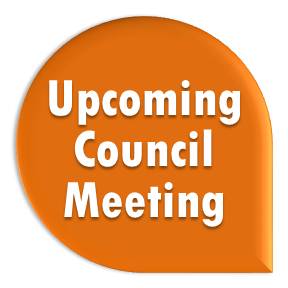 The Garland City Council will hold a special meeting on Tuesday, May 30th 2017 at the Garland city hall council chambers.

2) Consider a resolution rescheduling the June, 2017 and July, 2017 meetings of the City Council.

What does all of that mean?

The Community Development Block Grant (CDBG), one of the longest-running programs of the U.S. Department of Housing and Urban Development, funds local community development activities such as affordable housing, anti-poverty programs, and infrastructure development.

Larger cities and urban counties, called “entitlement communities,” are required to prepare and submit a “Consolidated Plan” that establishes goals for the use of CDBG funds. Grantees are also required to hold public meetings to solicit input from the community, ensuring that proposed projects are aligned with the community’s most urgent needs.

The city gets a reasonably large amount of money from HUD to spend on fixing things that otherwise might not get fixed in the hopes that these investments will spur growth and reduce ‘urban blight’. It also means providing one-time grants for infrastructure, programs, etc to help out partners in the community. Namely, non-profit orgs that serve the immediate area.

Council held a public hearing that covered “CDBG – Public Services” and allowed for commentary on the program as a whole. There was some very valid criticism that the council did not specifically hold a hearing that targeted the other 3 elements of the grant money. This special meeting is to rectify that oversight and set a precedent for holding those hearings for future grants.

Q&A:
Q) Why is the city spending money on these things?
A) This is a Federal grant program. Other than the staff time needed to submit the paperwork, this is not city money. The recent budget proposal by the Trump administration has called for an end to this program. The overall amount spent is around $3B per year nationwide.

Q) What are the possible uses for this grant money?
A) It goes to a mix of non-profit orgs, street and infrastructure repairs, community centers, etc. CDBG money can be used in almost unlimited ways as long as it fits the intent of the program. Garland staff and council work to spend much of the money on one-time infrastructure upgrades that will require little maintenance and provide value for years to come.

Q) Who gets to decide how it is spent?
A) The city council makes the final decision on CDBG distributions.

Q) I disagree with how you spent the money.
A) Let us know how you would like for it to be spent via phone, email, social media or one of the public hearings. Public input has a great deal of influence on how this money is directed.

Q) Why have the special meeting now? Haven’t you already decided how to spend the money?
A) Fair point. While we have earmarked the money for certain organizations, it’s not set in stone. We have a bit of time left before our final proposal goes back to the Federal government. This will give you a chance to help us finalize the grant decisions.

Q) Why did you vote for X organization to receive money?
A) This was approved by the previous council about an hour before I was sworn in. I will have a chance to vote on next year’s grant money pending decisions by the Federal government on their CDBG budget. It is my intent to honor the vote of the previous district 8 councilman, and not ask for any changes that fall outside of the organizations listed in the agenda for this meeting.

Council meets the first and third Monday and Tuesday of each month. July 4th falls on a Tuesday this year, meaning that we would have to have a combined council meeting / work session on July 3rd. Out of respect for city staff that will be on vacation and many of our citizens that won’t be able to attend, we’d like to move that meeting. Additionally, the Firewheel fireworks will be Tuesday the 3rd and we want to allow for the public to enjoy the event.

Additionally, one of our councilmen and the mayor are scheduled to be at a national conference one week and in D.C. for GP&L-related congressional activity for two of the weeks. The mayor has asked for council to consider moving all June and July meetings to the 2nd and 4th weeks of the month to accommodate the holiday and these trips.

Q&A:
Q) Why couldn’t you have figured this out in January when you made other calendar changes?
A) Great question! The holiday move is definitely a failing on our part. We should’ve planned for that on day one. For 2018, I’ve put a proposal together that takes holidays into account for the entire year. We’ll look at adopting a 2018 calendar later on this year. The trip / conference / congressional activity unfortunately wasn’t scheduled until later in the year. We definitely could have done a better job of rescheduling things earlier. The run-off election in district 3 also threw off a lot of our timing. This possibility is also accounted for in my 2018 proposal.

Q) Are you doing this to prevent people from attending so you can -insert conspiracy theory here-?
A) No. It’s a strain on council and city staff. Many of us already have our summer plans scheduled as well. The discussion around this vote should be lively.

My Proposal for the 2018 Calendar